Most of the car removal companies will advertise their services as offering top dollars for cars of any type, make or model. This is gives a lot of optimism to potential sellers when they think they could sell their old trucks for as high as $9,999.

However, it is not always guaranteed that every car will worth this amount and as a seller, it pays to know how the valuation process works so that you have realistic expectations when you are approaching a car removal company.

Here are some of the factors considered in coming up with an offer for your car:

The make and the model of the car

Just like in traditional selling and buying of cars, the prices of the cars will always depend on the specific makes and models of the cars and the same applies in the car removal business. For instance, if you had between a Toyota Prado and Toyota Corolla, and with all factors constant, the Prado would bring in higher rates than the Corolla.

The year of manufacture

The year of manufacture of the car will also determine whether or not you get top dollars on it. When your car is very old, it could be that its production is no longer supported and so its parts may not be very useful compared to newer models that are currently dominating the market. In this regard, new cars will tend to fetch better rates compared to older cars.

Your location within Newcastle

Though you will never be charged for towing fees, it is normally included in the offer, but subtly. If the location of your car is far from the company’s yards in Newcastle, it implies that they will spend slightly higher in the towing and this may end up reducing the amount of offer given to you, compared to if the car’s location was closer to the yards.

The operability of your car

If your car is operable, it will attract slightly higher rates compared to a car that is not operable at the time of selling. Cars in working condition have lots of useful parts which could be harvested and sold to be used in other car. An inoperable car on the other hand doesn’t have a lot of value and its valuation will be primarily based on its weight, thus becomes the value of the scrap metal.

For reliable car removal services and top dollars on any car in Newcastle, contact Cars Wanted Newcastle at 0444 554 410. 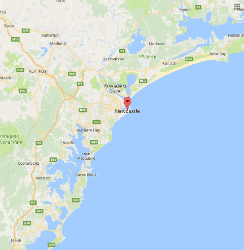